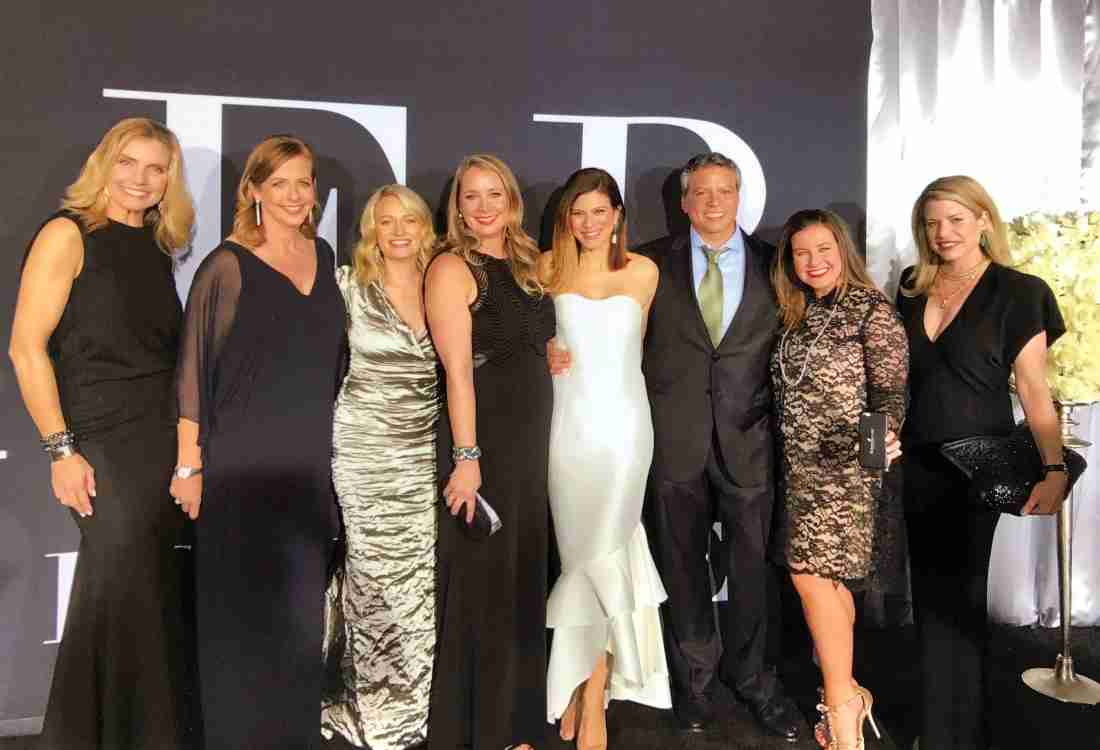 This wasn’t Angelique’s first rodeo to Texas. She was actually born in Fort Worth and attended Southwest High School with my cousins Clif and Cami, but for her junior year she hopped over to Arlington Heights High School, and that’s where the mutual friend thing comes into play.

Several years ago, Jason and I hosted an event at Del Frisco’s with Neiman Marcus in collaboration with Riedel Wine. We had a great turnout and everyone enjoyed the educational wine-tasting experience and gifts. Afterwards, Jason and I entertained our close friends in the basement wine cellar. That’s when Kristi Wilson introduced me to Angelique, and the rest was history!

Fast forward to the present, when Angelique and Mike De Luca made Fort Worth their new hometown, they both mentioned wanting to get involved with a few local non-profits and charities. Many institutions have been clambering for their attention, I mean who wouldn’t, but eventually, the De Luca’s hearts settled on founding member, Jean Roach’s beloved KinderFrogs, a family-focused, early intervention program that provides a developmentally appropriate educational environment for children with Down Syndrome and other developmental delays.

You know what that means! A very special party would soon be in the works. Last October the appropriately themed fundraiser, Hollywood Celebrates KinderFrogs, became the center of attention in the Who’s Who of Fort Worth’s upper echelon. Scoring an invite to this event would not be easy, and of course, it sold out almost immediately. If you weren’t quick to reply, then you weren’t going.

Months before, Angelique mentioned she and Mike were donating two tickets to the Academy Awards for the Leap Frog 2017 live auction. I told her attending the Oscars would be a dream come true, it was a bucket list item of mine and I was determined to check it off the list. She said it would be so fun if we went with them. The mission to win those tickets was on like Donkey Kong.

We laughed at the concoction of excuses I came up with on how to get away with winning this auction item. It was like a scene straight out of, “How To Get Away With Murder”. I was afraid to tell Jason for fear he would shut that fun down real quick, and I definitely didn’t want to tell my Dad because I knew he would knock some sense into my head. No time for that either! So, I called up our accountant to figure out what it would take to get me to the Oscars. After hanging up the phone, my mind was at ease. Now, all I needed was to let Jason know of my plan.

The night of Leap Frog 2017 finally came, and I was so excited I could hardly stand it. When we pulled up, the paparazzi were waiting at the red carpet flashing their camera lights to take everyone’s picture as they arrived. We checked-in and walked down the driveway to the De Luca’s backyard, which was transformed into a majestic scene of purple wonder.

I immediately knew this event had its A-game on when I spotted Daylan Sharpe and his very sharp team of service staff. They always set the tone of sophistication and perfection for any event. This outdoor soiree was lit, and in purple too. The floral and place settings complimented the Hollywood and TCU theme of the evening.

After a cocktail and mingling with friends, the dinner bells chimed and we all headed to the table. We worked our way over to the Dunaway Associates/Foundation table with our guests and the guests of President/CEO of Dunaway Assco. Tom Galbreath.

As we were enjoying a delicious catered meal from Jon Bonnell’s restaurant Bonnell’s, the presentation for the evening got underway.

When dessert was brought to the table, I knew it was almost showtime. My hands began to shake in nervous anticipation for the bidding to begin. There were seven live auction items, and “Night at the Oscars” would be the last one on the list. Jason and I had actually instated a “no-bid on live Auctions” rule (several businesses over the years didn’t honor the donations we won at other charity events), but this time was different. The De Luca’s were our close friends, and we knew this was going to be legit!

As Scott Murray finished up the second to last auction item on the list, my heart started to race. The moment I had been waiting for all night was about to unfold. Scott starts in on the bidding. Several people raised their hands, I raised mine shortly after to let the auctioneer know I was in the game. My heart was pounding. I was hoping it wasn’t going to go very high, then one of our friends sitting with us raised his hand just to get a reaction out of me! I gave him the stink eye. He laughed. The bid kept going up. Many people had given up and dropped out. Even though I knew the money was going to a great cause, I still didn’t want to break the bank.

What felt like the longest live auction bid in history, finally came down to me and one other guy in the ring. It went back and forth between the two of us when another friend, sitting at our table, mentioned I was bidding against a billionaire. I mean really?!?! Can it get any worse? But, just as he said this, the bidding slowed. I thought, “I can’t give up now. What’ s an extra $500, just one more $500!”

And then it was over! Although the wallet felt pretty beaten up, in the end, it all went to an incredible cause. We won the Academy Award tickets and Leap Frog 2017 broke many records, raising $394,550, the most money for KinderFrogs in the event’s history.

Now, let me share with you the exciting things that are unfolding as we speak. Since January 2nd, I have been on a journey to go from drab to fab by March 4th, 2018. I restarted my super clean diet from indulging over the holidays, and I’ve have lost over 10lbs so far. I’m actually at the lowest I’ve been since I broke my back four years ago. Yay me! Nothing like having something to motivate you, right?

I also tried a few things I’ve never done before, including Botox and fillers. I went to the very best doctor in Dallas/Fort Worth and even live filmed the procedure on Instagram (you are following me there, right?). Before and after photos have been taken and I can’t wait to share the results, plus the incredible giveaway from his practice that you don’t want to miss.

Get your sweet tooth ready, SoFortWorthIt followers! There’s a delicious giveaway hitting the blog this week that you do not want to miss!

Red-carpet makeover by the best in the industry and of course surprises for you!

Made-to-Measure Oscar dresses- you’ll see the entire process, start to finish, on how this designer for the stars has created a dress just for me.

Be sure to follow me on Facebook and Instagram for LIVE, behind the scenes moments throughout our weekend in LA. The excitement is brewing, and I can’t wait to share it all with you.

***All professional photography from Leap Frog 2017 courtesy of  Glen Ellman.*** 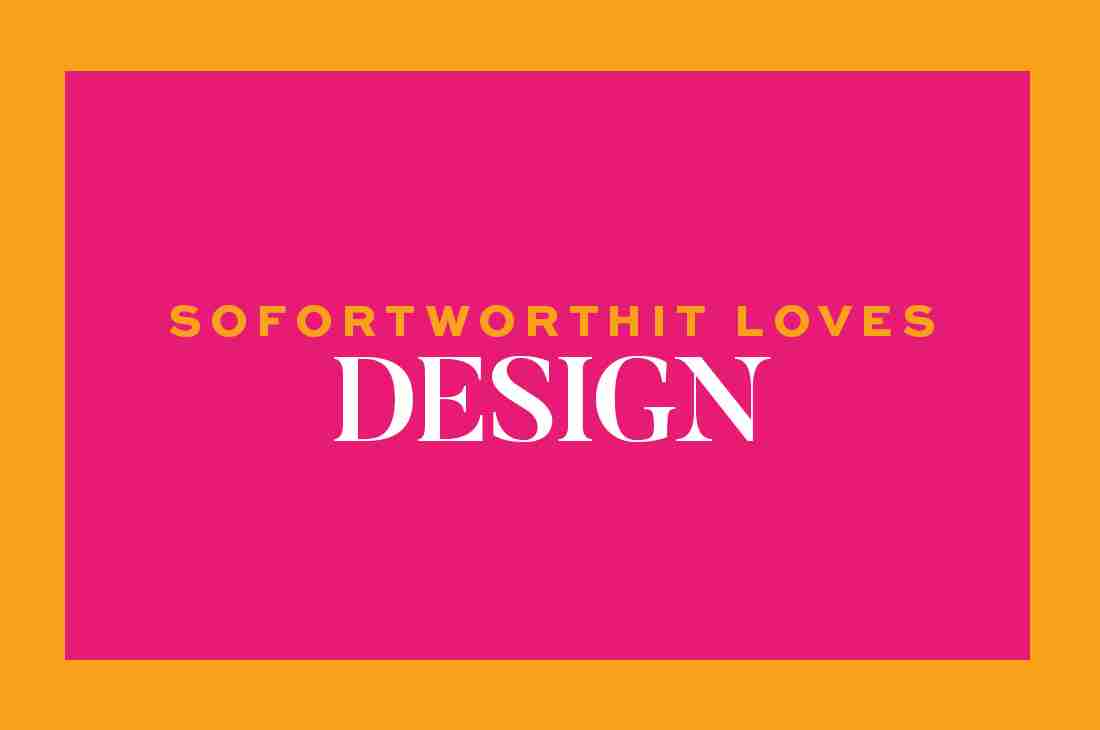 Growing up a Dunaway gave me the advantage of being exposed to fine interiors and furnishings. My parents had impeccable taste, and because of that, I was unknowingly conditioned at an early age to appreciate the history of antiques and architecture. I have many fond memories of taking antique shopping trips, local and abroad, and even sitting in on meetings to help make decisions with my mom and renowned designer, Gerald Tomlin, former appraiser on Antiques Roadshow.

Although I’m not a decorator by profession, I have a keen eye when it comes to interior design and achieving a look that people fall in love with. I can’t wait to share my decorating tips, styling tricks, and trade secrets with you!

Being married to a guy who used to build homes as a profession has its benefits too. We recently finished a remodel in our home, and as soon as I have our newly decorated basement professionally photographed, I’ll take you on a tour. In the mean time, here are a few pictures before and during reno. Since my husband was the general contractor, and because my opinions were heavily involved, it was definitely one of the more difficult projects he had taken on. Imagine that!

Some of you might be asking if I have an interior designer who helps me. The answer is an emphatic yes!! I have several talented people who I consult and bounce ideas around with. Each one of them brings an important aspect to the table to help me make the best decision on rolling forward with a project.

HOME and GARDEN TOURS! Holy moly we are going to have some serious home tours and garden tours. We all know everyone likes to take a peek inside a fabulous home, right? Well, this is the place to fulfill all your voyeuristic desires, cause I have visited and seen some of the best of the best! There’ll be so much eye candy, you won’t know what to do with yourself!

Is your home designed to the smallest detail? Do people walk in and immediately ask for your decorator’s number? Then your home should be featured in SoFortWorthIt! Email partner@sofortworthit.com to show off your amazing home sweet home.

Christy is a lifestyle expert, who is passionate about entertaining, decorating, and, of course, Fort Worth, Texas!